Rockstar games always manage to create a buzz among the players with their new releases. Their real-world games coupled with creativity and huge budgets have kept them in the spotlight for almost two decades. With Red Dead Redemption 2 released in 2018, it became the second biggest launch in video games’ history, with GTA 5 remaining at the first position.

For many such reasons, GTA 5 and Red Dead Redemption 2 are compared, even though both games have different plots and vibes. However, there are a few things that make them similar.

Let’s go through the basic details of both games and finally decide who wins this debate.

GTA stands for Grand Theft Auto, which was released in September 2013. GTA video game franchise is considered to be one of the most successful action-adventure genres. They had come a long way from 1997, when the first game was released, till 2013. This latest game in the Grand Theft Auto series is set in the fictional state of San Andreas, based in southern California. The game has options of two modes:

This dynamic blend of storytelling and gameplay is one of the reasons for this successful series.
The single-player mode story follows three protagonists who plot their chances of survival and success.

Whereas the Online mode (Grand Theft Auto Online) allows the game to be played with up to 30 players playing in various cooperative and competitive modes. Players create their crews to complete missions.

The game can be played from both; first-person or third-person perspectives. Players are given the freedom to roam in San Andrea’s fictional city and carry out missions. They can control the three lead protagonists and also switch between them, both during and outside the mission. It is said that the game developers drew their inspiration from Red Dead Redemption and Max Payne 3. The game’s development started right after the release of Grand Theft Auto 4 in 2008 and took almost five years to create this fictional world of most wanted people. Improvements were made considering the previous game in the series, that is, Grand Theft Auto 4.

GTA 5 was developed by Rockstar Games and published by Take-Two Interactive. It broke the industry sales record and became the fastest-selling entertainment product, earning 800 million dollars on the first day itself.
As of now, GTA 5 is available on PC, PS4, Xbox One, Xbox 360, and PS3.

What Is Red Dead Redemption 2?

This action-adventure game is the third entry in the Red Dead series. Developed and published by Rockstar Games, Red Dead Redemption 2 gained popularity immensely in a very short period of time. The game’s plot is set back in 1899, in the fictional world representing the Western, Midwestern, and the Southern United States. After the failure of a bank robbery in Blackwaters’ western town, the members of the Van der Linde gang are forced to flee. The protagonist Arthur Morgan, a member of the Van der Linde Gang, now has to survive against the government forces, rival gangs, and other adversaries.

The game can be played from both; first-person and third-person perspectives.
The players are free to roam in the open world and complete the missions. Red Dead Redemption 2 heavily focuses on player’s choices for story and missions. The gameplay elements include:

The online Multiplayer component to this game is the Red Dead Online, which was widely released in 2019 as a public beta. On 1st December 2020, it was made available for Microsoft Windows, PlayStation 4, and Xbox One.

The game development took over eight years and became one of the most expensive video games ever made. As of now, the Red Dead Redemption 2 is available on PS 4 and Xbox One only.

Apart from background and plot, there many other things which distinguish Red Dead Redemption 2 from GTA 5. They are discussed in detail as follows:

GTA 5 is set in back in 2004, in the city of Los Santos. The story is centered between three lead players, Michael De Santa, Franklin Clinton, and Trevor Phillips, all presumed to be dead. They now have to survive in the city by planning lots and playing the missions.

Red Dead Redemption 2 is set back in 1899, where Arthur Morgan, a member of the Van der Linde gang, has to steal, rob, and fight to survive in the heartland of America. There are instances when Arthur has to choose between his ideals and loyalty to his gang who raised him.

Red Dead Redemption 2 vs. GTA 5 Platforms: GTA V wins. As GTA V is older game, it works on almost every device in 2021.

GTA 5 allows the players to drive vehicles in the open world. On the other hand, Red Dead Redemption 2 offers the players a chance to go horseback riding.

Conclusion: Red Dead Redemption 2 vs. GTA 5, Which One Is Better? 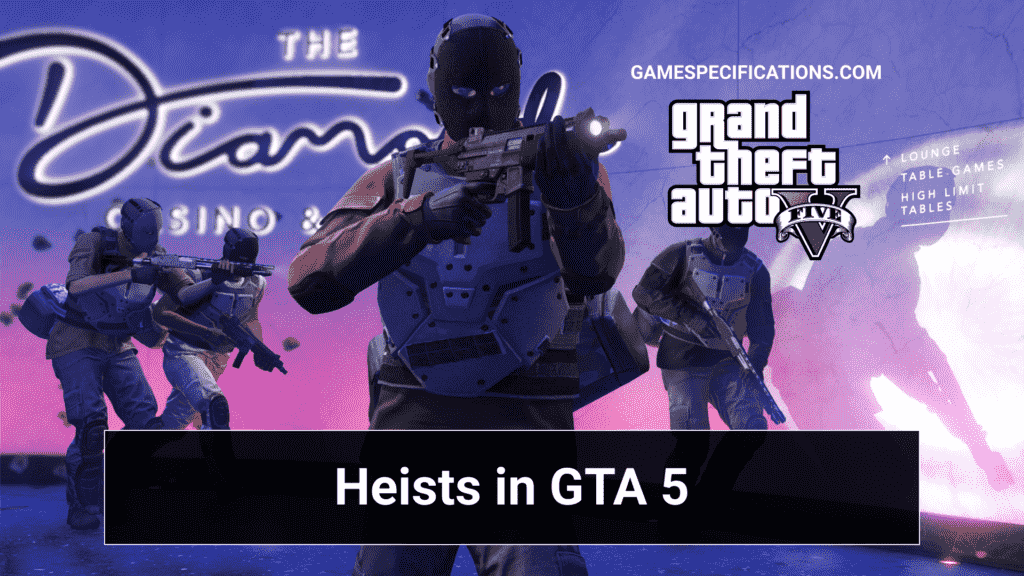