Some may like to watch movies; others may love to play interesting video games but have you experienced the combination of both in a single go. If not, try this video game that revolves around gameplay that has interesting twists and turns.

Kasuga Ichiban is the main protagonist of so many games in the Yakuza series. He gives a terror and stylish look so that many players would love to have him as their Hero. He is valued for his powers and strength.

Yakuza is an interesting game series that has different versions and levels to pass through. The game is set in the fictional district of Kamurocho, and the incidents in this game are given based on real-life happenings and events.

Who is Kasuga Ichiban?

Kasuga Ichiban is the main protagonist in the Yakuza series, starting from Yazuka: Like a Dragon till the recent trending game. He is also one of the main protagonists in the game The Legends of Ichiban Kasuga: Part-1. His appearance will give a stylistic and terror look. He has a Dragonfish tattoo on his back, which made him get the nickname “The Rock-Bottom Dragon.”

He is well-known for his muscular arms and strength and is described as the man who has been born with “nothing but physical strength.” He has a balance muscular appearance, and that helps him to give different and unique fighting styles. His eyes are grey in color, and he is a medium-length dark hair-styled person.

After being released from prison, he looks like an Afro and develops a Beard during that period. His hair was changed into styled into a much shorter punch perm and grew up a long, lengthy one during the time in prison and appears like having a short ponytail.

Kasuga Ichiban is well-known for his Tattoo, and many players would prefer to use this character to have a look at the Tattoo. His tattoos cover most of the backside of the body and end just before the thighs. This tattoo represents the strength and power of the koi as it struggles upstream since the koi has not yet finished his Dragon transformation.

Utabori is the greatest artist who designed Kasuga Ichiban’s Dragonfish Tattoo, and the designs and elements are got from both Kazuma Kiryu, and Akira Nishikiyama’s tattoo’s in its design. The legends of a koi have the ability to swim up to the top of the waterfall and are rewarded for their strength and tenacity, and get transformed into a Dragon.

Kasuga Ichiban is noted for his unique dressing look and consists of a maroon suit worn over a white shirt with an upturned collar. He also holds a gold chain necklace. His style increases by wearing black leather loafers with gold buckles and wearing a matching black leather belt with a gold buckle.

When he is under the class Hero, he is dressed up according to that place. His sleeves are rolled up to the elbow, and he never forgets to wear black leather gloves. There is a change in the attire that easily attracts the players. The gold chain necklace is changed to a red silk ascot.

A person’s greatness is not determined only by their appearance or strength; rather, their personality helps in ranking the person’s fame. In the same way, Kasuga Ichiban is made an outstanding character because of his character too. He is a fiercely loyal and steadfast individual. It is described as a person who has the heart in this shirt which determines that he never hesitates to express his feelings and emotions.

It remains the same when it is for both anger and excitement. He has a helping character and reaches out to people most of the time who are in need, and also has a strong sense of justice. He himself is a huge fan of Dragon Quests, a video game that he loved from his youth days. Many consider that this might be the reason for his deep imagination in handling the battles and plans.

By possessing these qualities, he has been converted to a great thinker and a creative tactician in battles inspite of his rash and rude behavior. The most treasurable character that Kasuga Ichiban holds is his general love for other common people. This resulted in him being a most charismatic person, and he never fails to inspire admiration from the people.

All his party members and known people are overwhelmed by his caring steps, and he has the ability to lead them with Grace. And they, in return, stand by him and is ready to do anything for him and have been ready to pay the cost for being so kind.

Kasuga Ichiban has his own history, and it would be interesting to know about it. He was the child of Akane and Masumi Arakawa in 1997 on a New year’s Eve. As the history of Moses, he was kept inside hidden by his parents. He was beloved by everyone, but his parents faced a lot of discrimination and were considered trash by the rest of society. His only aim was to get rid of this reality, so he worked really hard to play Dragon Quests in dreaming of getting rid of this one day and becoming a hero.

He faced many financial problems soon after his father died, so with no option, he left his education and continued to fight with others for money regardless of who they were. Even on one occasion, he was trapped in a situation where he bet a Yakuza and was beaten up by the injured family members and has a great experience.

Kasuga Ichiban was held up as a captive, and Arakawa arrived freed him by giving his finger, and they let Kasuga go. Kasuga tried to thank him, and he was made to realize Arakawa’s responsibility and respect. And as a result, he decided to follow Arakawa for the rest of his life and waited outside his house, wanting him to accept.

Kasuga Ichiban is talked about as a hidden character in the short beat-em-up, which is inspired by the Yakuza and the gameplay of SEGA’s Streets of Rage franchise. The gameplay is that of Kiryu and Majima and can be unlocked after completing the single-stage once.

Ichiban Kasuga has a unique fighting style, and it is all about streetfighting and pro-wrestling techniques. His techniques include a wide right hook, left hook, and uppercut combo for a basic attack, a stomp for an Opportune Strike, a lapel grab, dropkicks, a front kick to the face and an atomic drop. Added to this, Kasuga can use bats as his skills and power. 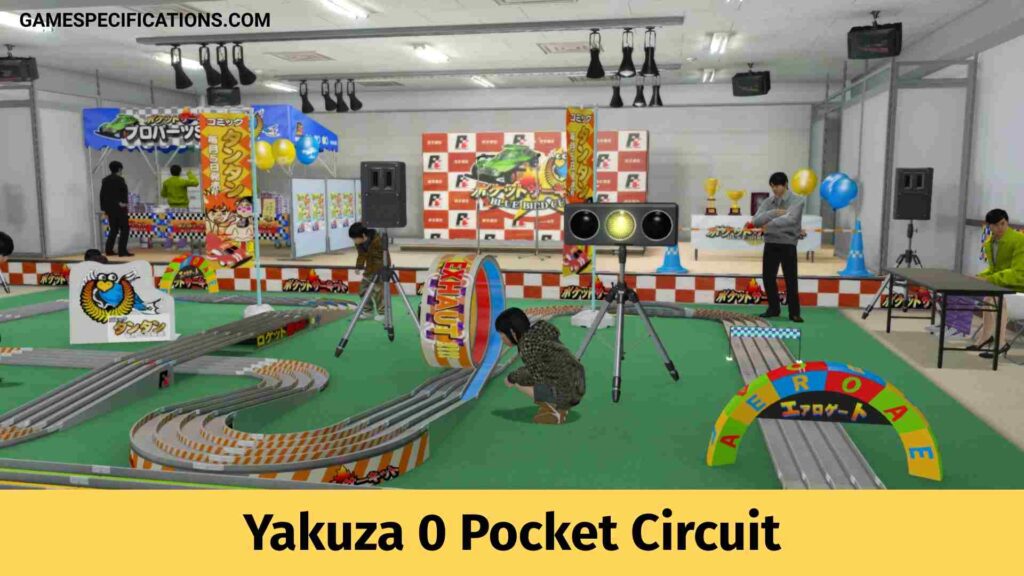