The Doom Slayer’s arsenal is his biggest advantage in the battle against the spawn of Hell. There are a number of weapons scattered throughout, and each of them packs a real punch. Doom Eternal is a first-person shooter game developed by id Software and published by Bethesda Softworks.

There are 14 Doom Eternal Weapons with each of them being unique. Each of the weapons has a unique design and is more effective against certain kinds of enemies. In this post, we’ll go through all the statistics and descriptions of each weapon.

How many Doom Eternal Weapons?

There are 14 Weapon Locations in Doom Eternal. You start off with the Shotgun, Doom Blade, and Chainsaw, so it isn’t necessary to list their locations. You can find most Weapon Locations by looking for green holograms of their outlines in missions.

You acquire the BFG-9000 and Crucible weapons during the Mars Core and Taras Nabad levels, so you won’t see green holograms for these. There’s also a secret way to get the Unmakyr weapon.

There isn’t a new Doom Eternal Weapon to collect in each mission, and some levels have two to find, so be sure not to miss any. You’ll find the 14 Weapon Locations below, with specific points to follow for each further down the page.

Doom Eternal Weapons and their Statistics

Here are all of the confirmed guns and weapons in DOOM Eternal:

This is a new Doom Eternal Weapon to the series, which fires a single straight shot (similar to the gauss cannon). The first mode, Arbalest, can be charged to fire a shot that sticks to its target before detonating. The second mode ‘Destroyer Blade’ can be charged and unleash a wave of Hell energy that cuts through demons.

BFG 9000 returning classic is a large, solid metal gun that fire large balls of green plasma. It is one of the most powerful weapons within the game. This gun is capable of destroying the enemies in one shot. It’s mentioned as the strongest Doom Eternal Weapon.

Another DOOM classic with a big improvement as it no longer requires a spinup time to fire at maximum speed. Its mobile turret mod also returns to the fray with four sets of barrels and a gun shield mod that blocks projectiles.

A chainsaw is a melee-type weapon that specializes in close combat fights. With a powerful spinning blade, you can cut weak enemies into two halves with it. The weapon works with a charging ability. The chainsaw is without a doubt, some of the most satisfying Doom Eternal Weapon.

The Combat Shotgun has similar modifications to the 2016 version but launches up to three timed sticky grenades (Five Spot enables up to five). The second mod turns the shotgun into a full-auto Gatling shotgun.

This unique weapon is integrated into the Doom Slayer’s suit (on the left wrist). The blade can cut through demons with ease. This Doom Eternal Weapon is extremely useful in close combat scenarios.

Another nifty invention in the Doom Slayer’s suit, it has the ability to shoot several different things including Flame Belch, Frag Grenade, and an Ice Bomb.

The Heavy Cannon is a new weapon arriving in DOOM Eternal, as it functions similarly to a heavy assault rifle from the 2016 DOOM. It has the same scope, but a semi-auto mode that takes 4 bullets. The weapon will come with a precision Bolt modification and Micro Missiles.

The Meat Hook will come as part of the new Super Shotgun, attaching to enemies. This functions as a grappling hook, allowing the Doom Slayer to grapple onto enemies and drag himself towards them for a devastating close-range blast. Meat Hook is generally used by the players to parkour on the map with the help of enemies.

The Plasma Rifle will return and has gotten a facelift!

It also comes with new mods such as a microwave beam that locks onto enemies and damages them until they violently explode. The second mod is similar to the Heat Blast mod from Doom 2016, but the power level system is depicted by bars around the reticle.

Another Doom Eternal Weapon that has received a redesign, features a remote-detonation mod and lock-on burst with different functionality in terms of upgrades and mastery compared to the 2016 game.

The Super Shotgun will return, but will feature a Meat Hook!

Super Shotgun functions as a grappling hook, allowing the Doom Slayer to grapple onto enemies and drag himself towards them for a devastating close-range blast. This shotgun has insane damage and can be used to one-shot low-level enemies at once.

This demonic artifact first appeared in DOOM 2016, but in DOOM Eternal features as the Doom Slayer’s sword

The Crucible is a large dagger-like sword with a handle that looks like a skull and lower part modeled after Mancubus eye. It has the ability to absorb huge amounts of demonic energy. This Doom Eternal Weapon is demanded by many players for its unique game style and kill animations.

Also known as the laser, is a weapon that was originally meant to appear in Doom but was later added in Doom 64. The Unmaker was intended to be a “demon-tech weapon that hurts pure demons a lot, demon-humans very little, tech demons some. To get the Unmaykr you have to collect six Empyrean Keys which are hidden throughout the map. As a result, Unmaker is without a doubt one of the best Doom Eternal Weapons.

Are there Doom Eternal Weapon Skins?

Yes, Doom Eternal comes with a set of skins that are applicable for almost all weapons. So far there are three texture models for skins in the game and one extra model which unlocks after certain achievements. Additionally, there are player model skins that are applied to your playing character.

What is the Best Weapon in Doom Eternal?

BFG, Unmaykr, and Crucible are the best weapons in the game which are capable of one-shotting the enemies. BFG specializes in the one-shot explosion which can kill anyone it collides with. Unmaykr is a secret weapon that shoots every enemy to death. Crucible is a sword that slices through all the enemies at once.

Which is the Secret Weapon in Doom Eternal?

Unmaykr is a super-secret weapon in the game which requires you to collect six Empyrean Keys. These keys are surrounded by a heap of enemies and are hard to collect. Once collected, you can destroy every enemy in your path with a single hit from Unmaykr!

In the end, We would like to tell you our website provide all the necessary information related to the gaming community, so be in touch with us, and if you like our articles, don’t forget to bookmark our website. Happy to serve you. 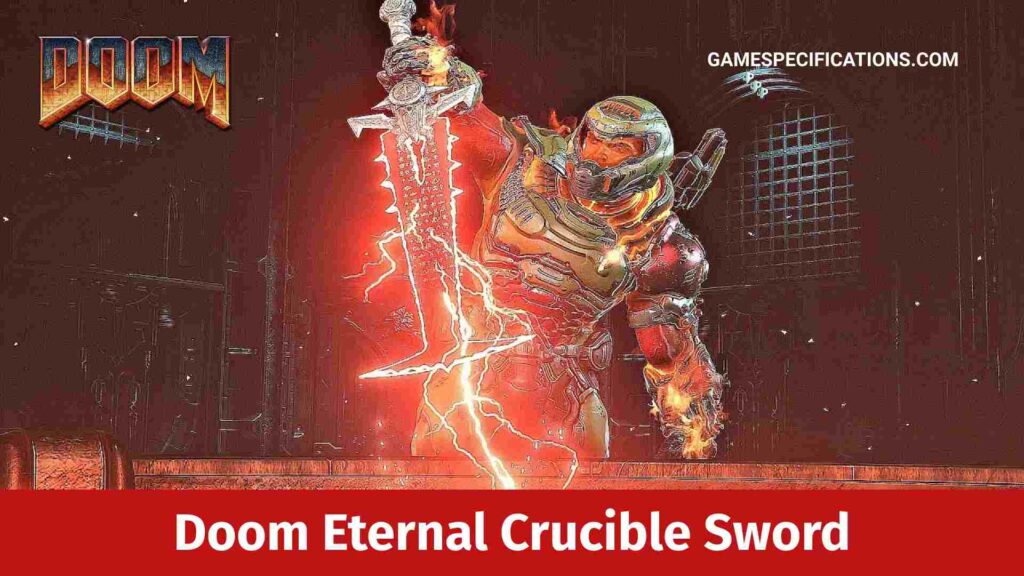