Brawl Stars is a multiplayer android and iOS-based videogame published by Supercell, a well-known Finnish game company. It is a mobile game where the player is moved to battle against another character to win the game. The exciting part is that Brawl Stars is the newest game from the creator of Clash of Clans and Clash Royale.

Brawl Stars Spike is a legendary champion in the game. This ability to do explosive damage with his primary weapon is absolutely breathtaking. Moreover, the rarity of this character is itself mentioned as legendary in the game.

The game surrounds players when they collect characters and unlock and upgrade the Brawlers with superb ability. The Brawl Stars is currently running its Season three names Welcome to Stars Park, a successor of the previous two seasons, namely, Tara’s Bazaar and Summer of Monsters.

This game’s center of attraction is the fantastic character design and a stop motion type gameplay, great battlefields, and head-turning sound design. So in this post, we will brief what makes the characters easily playable and focus on one main character: Brawl Stars Spike and its star powers. The game was released on the 12th of December 2018 with high expectations of recovering players who were leaving Clash of Clans in light of other budding multiplayer games. Even though this game is available for free on App Stores, like many other games, it has in-game purchases, and thus we can say it is a freemium game altogether.

Brawl Stars Spike and other characters:

The game has various characters with extensive anguish, which will destroy a battlefield. The characters are subdivided into different categories, which are listed given below.

These are commonly found battle minis that jump to battle when launched. With basic attacks and somewhat average damage, these games make the first wave to attacking characters mostly. They include:

As the name suggests, these brawlers are rare to get, but they are worth bringing massive damage. If the player is lucky, they may find them quite easily sometimes. However, as they say, endurance is the key.

Nothing can be as wholesome as getting these brawlers as they are infrequent to achieve altogether. They include:

Now, it is the group that we have the Brawl Stars Spike in. These are a bunch of powerful, sneaky, and highly defensive little demons. If one can poison, the other can blind. These include:

Brawl Stars Spike is a Legendary Brawler with poor health specializing in dealing with enemies when they group up. His attack is a multitude of spikes that explode on hitting, causing colossal damage to the enemy. Brawl Stars Spike is altogether an important tool for area control.

Spike being hard to obtain, the players constantly try hard to get him. Having destructive power is extremely important in Brawl Stars. As a result, Spike has more demand than any other character.

As his power enriches and upgrades to Super, it lodges a thorny projectile, slowing down and dealing damage to enemies caught in its area of effect.

He also has a gadget named Popping Pincushion, which accompanies the spikes with rages of fire all around it. Generally, Spike shoots 10 needles in all directions per wave, and each needle handles around 520 damage to enemies. Popping Pincushion deals more damage at a very close distance, making it effective for shielding the Spike from tanks like Bull.

As his power upgrades to Star Power, which is called Fertilize, allows him to heal himself for 800 health per second when he is in the radius of his Super. So it is used when Spike has to defend a key object.

His secondary Star Power is a Curveball, which causes the spikes shot out from his main attack to curve in a circular motion.

Which all his attacks and gadgets organized, Brawl Stars Spike throws a cactus which, upon impact with something or reaching its maximum range, explodes into six spikes radially that cause the damage. The projectile does more damage upon contact than the points do.

Brawl Stars Crow – The Legendary Character You Must Know

Last but not least

Brawl Stars is quite an interactive game with average gameplay to compete with. But as long as it is fun to play, it can hit the spot on the play store. Considering this fact, this is everything a beginner needs to know about the Brawl Stars Spike and its other character design, gameplay, and overall powers, upgrades, and unlock. But there indeed is more to understand as the gameplay progresses and the gaming levels up.

The Brawl Stars is a relatively new, slightly famous game among streamers and players. And with quite more seasons to come up, it might just be the next most talked about game in the hood.

Indeed, the game definitely consists of intimate gameplay and loudly thought of character design. Also, being a free game, it is indeed attractive and easy to play. 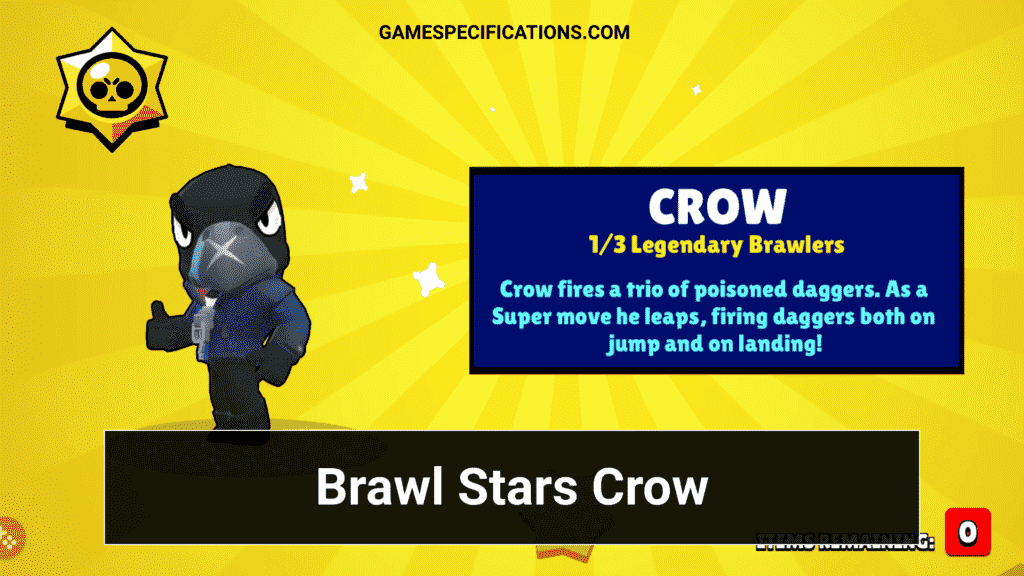