Witcher 3 Enemy Upscaling can help the player have a better gameplay experience.

Despite being a pretty old game The Witcher 3: Wild Hunt still remains one of the best RPGs to ever be made. The game has a huge open world and a long list of memorable characters. After a while, certain players might find that the game has become a bit too easy but this is solved very easily.

The game Witcher 3 has an Enemy Upscaling feature, which makes the game a bit more challenging. There is so much more to enemy upscaling than one sees on the surface level. This article would discuss in detail every important aspect of Witcher 3 Enemy Upscaling.

What is Witcher 3 Enemy Upscaling?

It is to be noted that this only affects the low-level enemies and in no way does it affect the enemies of the higher level. The option can be switched on and off by going to the gameplay section in the options menu after pausing the game.

How to Turn Witcher 3 Enemy Upscaling On / Off?

There are certain points in Witcher 3 Enemy Upscaling that one might not want to overlook.

How does Enemy Upscaling Help?

This enables players to experience more challenges in the game while going back now.

Example: If the player goes back to Velen to do any of the contracts this will not only make sure that this lower level area becomes more difficult but also ensures players will get more experience from this.

Switching on Enemy Upscaling would ensure that the player gets more Exp if he or she returns to the area that one would normally in that level. However, switching on Upscaling would also increase the boss levels of the contracts of Witcher in Novigrad.

In the game, there exist a lot of side quests that would be at a higher level than the player. Turning the enemy upscaling on makes the grinding a bit easier and shorter.

Having Enemy Upscaling off could result in the player getting less Exp as compared to having it on. It will help the players reach a higher degree much faster when compared to having the option off. Reaching certain degrees faster is necessary for gaining some tare objects such as silver swords.

Experience is awarded for the kill and not for the strikes landed by Geralt on the enemy.

The experience is given to the player on the basis of the base level of the enemy as well as the relation of the levels of Geralt and the enemy he is fighting.

It is recommended to have the Enemy Upscaling on in order to get the most out of the Witcher 3: Wild Hunt play-through.

Fun Fact: Most of the players keep the Enemy Upscaling option on except on two occasions. They are Fighting Djinn and the side quest with Triss named Now or never in which the player has to fight a bunch of rats in the sewer.

The Enemy Upscaling in Witcher 3 has been buggy since the game was released. Many users have reported this issue with frustration as they find it difficult to continue the game after a certain point because of the bug. If you are unfamiliar with what enemy upscaling is, it is an option in the game that lets you level faster and improves your gaming experience.

Witcher 3 Enemy Upscaling Worth It?

The worth of switching on Enemy Upscaling will depend on what kind of gameplay you prefer. If you like challenging gameplay with enemies that are harder to beat, you may have to switch on the Enemy Upscaling mode, as Witcher 3 is quite easy after level 13.

Enemy Upscaling can be irritating sometimes because the enemies can literally one-shot you no matter how powerful you become in the game.

However, if you are someone who would like to carry on the game from a role-playing perspective, it may be better to have the option off so it will be easier for you to beat low-level monsters that are easier to execute.

Does enemy upscaling give more XP in Witcher 3?

Upscaling an enemy does result in the player getting more XP than they normally would at the lower levels. However, the XP gained will not be based on how many blows the player is able to land on the enemy but based on the kills the player gets.

What is the strongest monster in Witcher 3?

The Caretaker, Hym, Road Prince, Djinn, Archgriffins, Dettlaff Van Der Eretein, Gargoyles and Gaunter O’Dimm are generally considered to be the strongest and hardest monsters to fight in Witcher 3.

Should I turn on enemy upscaling?

It is recommended by most of the Witcher 3 players to keep the enemy upscaling option on in order to ensure the player gets the best experience on his or her play-through. It is also good to keep it on as this would not just make the game more challenging and interesting but also ensure that the player gets more Exp.

What does enemy upscaling do?

Enemy Upscaling in Witcher 3 makes sure the enemies who belong to the lower level get adjusted to or closer to the current level of Geralt. It only works on the enemies belonging to lower levels and does not downscale higher-level enemies.

Witcher 3 Enemy Upscaling is a feature that makes the Enemies belonging to the lower levels get a boost and become closer to the current level of the Geralt. This feature allows the players to not just have a more challenging and interesting gaming experience but also makes sure the player gets more Exp for fighting with lower-level enemies than he or she would normally get.

The feature is recommended to be kept on by most players of The Witcher 3: Wild Hunt game to get the most out of the game and have a better and more enjoyable gameplay experience. This feature makes the game remain interesting and not become too easy and boring and redundant after a while.

This article has dealt with various aspects of this game feature such as how to turn Upscaling on and What its purpose is. Hopefully, this has given the reader a better understanding of the topic of Witcher 3 Enemy Upscaling.

[Answered] Should I Play the Witcher 2 Before 3? 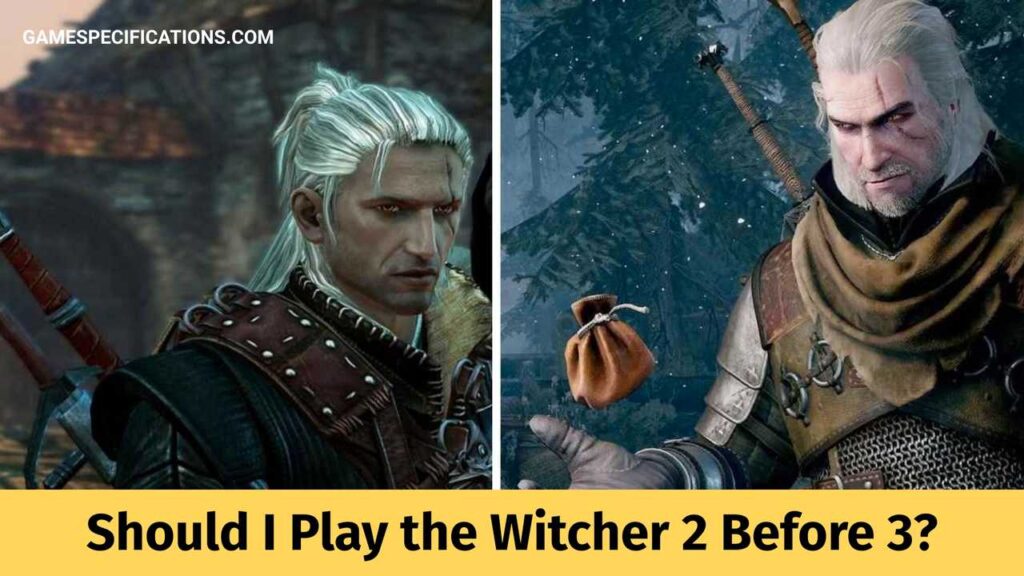