Impressive role-playing video games are emerging in the globe of technology. Being a simple living person, too, has the desire to try the most superior video games. Because video games try to imitate the feeling of watching a real thriller series. The users and non-users of role-playing games feel to experience that fantasy at least once.

Tarkov Fishing Gear is a quest that is found in the game Escape From Tarkov. Its main objective is to survive and leave the area. It will help you to find the secret spot. You must have certain requirements to start this quest.

Escape From Tarkov is a shooting video game. It is developed for windows by Battlestate games. It is a fictional war game between two private military companies. A player being the survivor is all about in the game. The players join with raids which are matches where they are asked to fight with other players. The levels, exceptions, rewards, and points that the player gets determines the identity.

There are several modes available for the players to play the escape from the Tarkov game. They are online PMC raids, shot for scavenger raids, and also a temporary offline mode. The player is allowed to play alone or in groups in these raids. Living all through the game in all the levels is what the game idea holds off.

The players are provided with weapons like armored vests and rigs and ballistic helmets to play and safeguard themselves from being died. Reaching levels are judged by completing the quest in the game. The player must have an eye on hydration and energy levels on the raids. Escape From Tarkov is one of the best one-person shooting games judged by users.

What is Tarkov Fishing Gear?

Tarkov Fishing Gear is a quest in the Escape from Tarkov game. Like another quest’s the player needs to attempt certain activities to gain it so that he will be raised with rewards and other useful requirements in further levels. To make a key to this concept, the player must have been completed the required previous levels.

What Is The Location Of Tarkov Fishing Gear?

It’s effortless for the player to identify the Tarkov Fishing Gear in the Escape From Tarkov game. The place is at the Shoreline, where the rowboats are placed at the beach gas station. The shoreline map is one of the biggest maps in the Escape from Tarkov game. It is the largest area situated on the coastal side of Tarkov.

The shoreline consists of woods, fields, swamps, cliffs, shoreline’s long stretch gas station, weather station, boating facilities, and other luxuries. This is one of the best areas where players find a vast space for fighting out their enemies. It reaches out to a big multi-layer building that shows a place with salient features.

What Do You Need To Get Tarkov Fishing Gear?

To reach the Tarkov Fishing Gear, the player must possess the crossed identity of passed levels. Only then they will be eligible for the Fishing Gear vest. So the needs are the player should have completed the Friend from the West – part to begin this quest. The player must reach level 10 to start the quest. These two requirements are mandatory for the level of Fishing Gear.

What Are The Rewards That You Can Get?

The rewards that you will receive from Tarkov Fishing Gear will definitely increase your credibility. Those are,

What Are The Initial Types Of Equipment And Their Uses?

It is a bolt-action sniper rifle that Vladimir Stronskiy creates. This bolt action is operated manually. It is equipped with iron sights, and it also possesses telescopic sights, which aim and target far objects. This telescopic sight is made with PKS- 07 7x magnification scope invented by Russia. The trigger pull weight is 1-1.5 kg which players do not heavily carry. Pulling off the trigger out releases the bullets over the target.

It is also a material that is used by the player that comes under personal equipment. It is used in tha Workbench- level 3 that is needed for building up the Hideout module. It’s at the trader level, which costs 22,505. As said in the name, it works as a multitool in the game at emergency times as it replaces various other equipment.

To get this player has set for the Tarkov Fishing Gear quest. It is found inside the blue warehouse shelf at the sawmill in the woods. In customs, it will be on the old gas station’s counter. It is mainly used at the time of crisis in the peacekeeper quest. The main feature is it can be used to repair the player’s weapons.

Guidelines to use Tarkov Fishing Gear

At the start of the quest, you will start as a slow man with the help of an SV – 98 bolt action snipe rifle and also a Leatherman multitool boat. Both items should be placed on the secured container of the wardrobe without any harm. It’s because this can be saved even if you die in the quest.

Nextly make a move with these two items to Shorelineand reach a small rowboat at the beach gas station with the help of a navigator. Then move up to the rowboat and hold on to your key. There comes up the time limit of 30 seconds, which makes one of your items disappear. Note that both will not go at the same time.

What Happens If You Die While Doing A Fishing Gear Quest?

Before getting the quest, it is good to place both the SV- 93 rifle and multitool in the boat. If the player dies, survive the shoreline ride, and no need the redoing everything. This will help regain life.

To unlock the task line, the player should complete friend from the West in skier as it gives SV -93 rifle and leatherman multitool. If the player survives to attend the quest, they can also purchase it from the market. First, place the sniper and keep the leatherman safe because even if the player dies, he could manage with the multitool. Since competitors too use the same trick, there is a possibility of players dying. So it’s better to take up the task at night with co-players.

To know more about other Tarkov Quests, Stay connected. 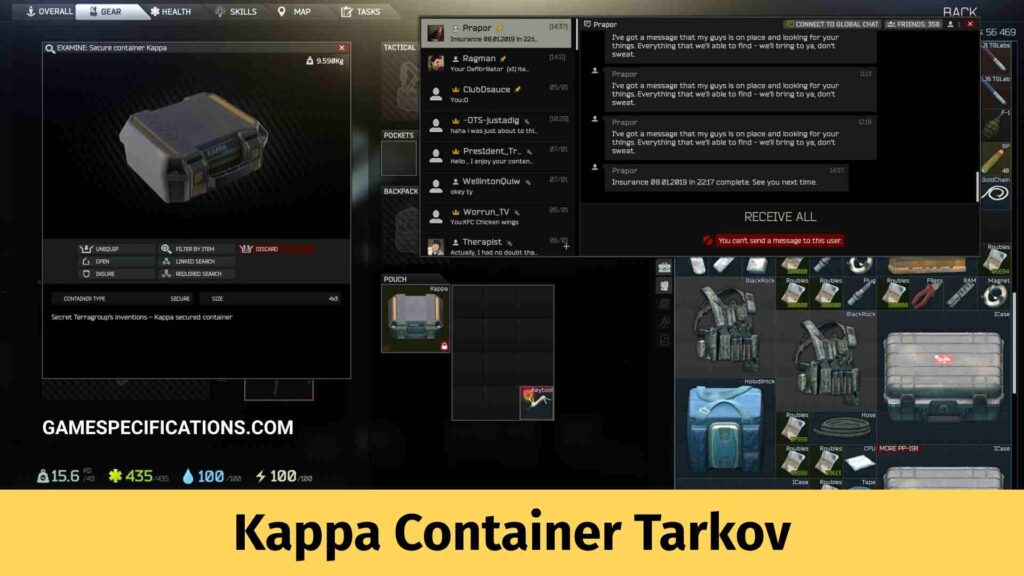 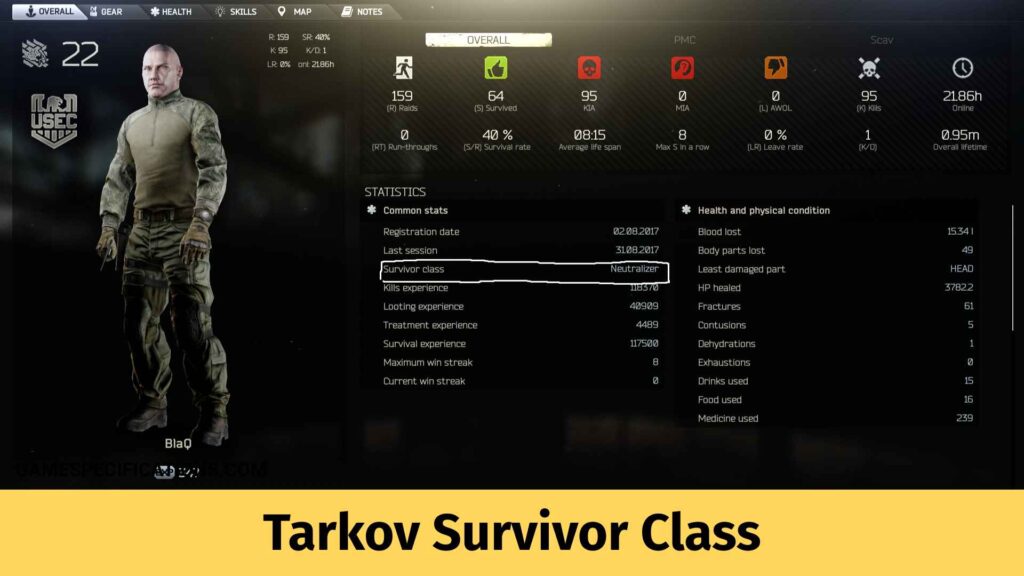 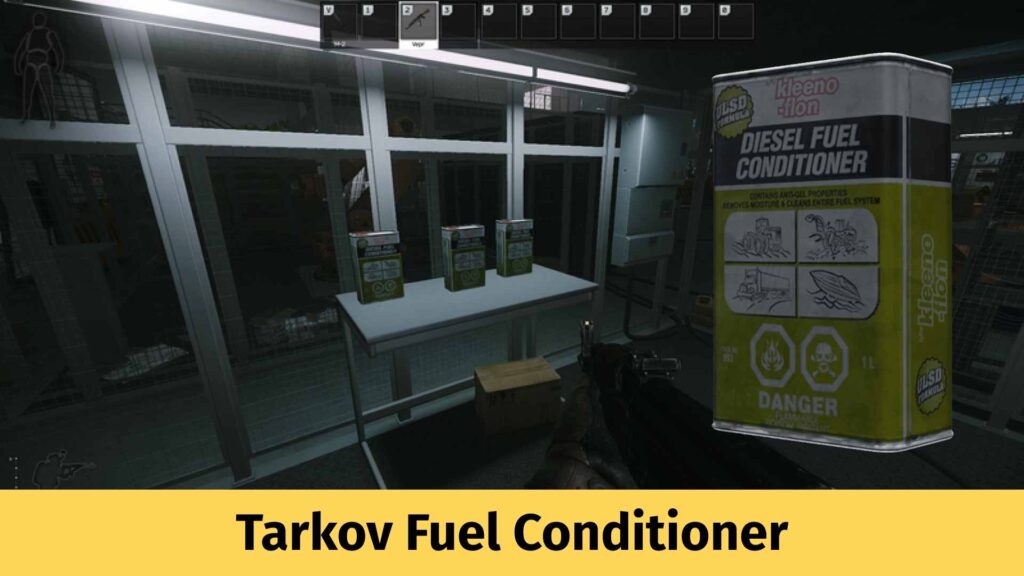