Brawlhalla is a fighting game made for mobile devices, and it is available for the Android and iOS platforms made with the help of 2D characters. In this game, the player has various characters to move in a linear path fighting with small obstacles to make progress in the game. This game is a good time pass with handy controls and interactive gameplay.

This Brawlhalla Tier List divides the game characters into five tiers depending upon the success at Diamond. The tier list is made by knowing about the win rate and the popularity of these legends.

Update (2021) – The following list is been updated according to new balance changes in the game. With new patches, multiple characters have been nerfed and buffed.

The characters belonging to this tier list are very powerful and dominant. You can choose any of the characters in this tier to make a success in the game.

They are strong enough to fight the S Tier and bring them down. High-rank players most pick the characters in this list.

The middle tier includes average characters. Since they are in the middle, they are not the weakest nor the strongest; these legends are consistent with their performance.

According to the latest data, these legends are less chosen by the players. But a few from this list are useful to use and require some excellent skills to progress in the game.

These are not such powerful characters, and try to avoid anyone of these as you may struggle to win the game. Choose D Tier characters at your own risk.

The best tier characters mostly focused on their attack. Scarlet is the best to consider from this tier because her attack is rated 10.

Scarlet is the game’s current meta and has been rocking the Brawlhalla world by her Hammer and Lance. With the good sets of combos, you can dominate your opponents with Scarlet. Teros also carries a Hammer and an Axe to fight. With his great attack and defense, you can quickly kill your opponents, but it’s a situational pick due to less dexterity. Ulgrim is also an S Tier player with great mobility and powerful strength. With the Axe, he can deal good damage to the opponents.

Orion with his spear is without a doubt worthy of S Tier. With a great counter and speed points, you can use him against low dexterity characters. Sir Ronald is a knight with a Lance and a Sword to compete with the opponents. With his exceptional armor, you can take less damage as compared to other characters. Last but not least, Gnash is a combination of attack and speed. With his insane powers, he is capable of performing continuous combos.

Lower to S Tier, the A Tier characters are effective against the S Tier legends. Petra is the best to consider because she has the combination of attack-8 and speed-6.

Brawlhalla Tier List contains a strong character, but they are currently not in meta. As the game receives more updates, the characters from this list can be shifted in up or low tiers. Lord Vraxx is capable of executing good attacks with his Blasters and Lance. His ability to counter the attacks is phenomenal. Petra is a prisoner who uses Gauntles and Orb in her fights. With the attack of 8 points, you can create good destruction with this character.

Bryann being the half-Valkyrie and knowledgeable to the Axe and Spears, her movement can trick you many times. With the 7 points in the speed, she can take out her opponents without even knowing them. Queen Nai is totally dependent on her armor and strength in the fights. The Spear and Katars deal incredible damage if you hit your combos well.

Zariel, with his Gauntlets and a Bow, can show exciting combinations between these two weapons. He is rumored to be sent by the god to kill all the evil from the world. No doubt, he is so strong.

Thor is known for his Hammer and an Orb. As the movie star, he is an elite character with some insane combos for his Hammers. The only weak counter ability places him in the A-Tier; otherwise, he is worthy of S Brawlhalla Tier List.

Sentinel is a tanky character yielding Hammers and Katars. He has great armor and can withstand a lot of attacks. Kor is a golem who is known for his exceptional defense and strength. But all of this comes with the cost of speed. But even with the slow speed, he is very deadly and, without a doubt, one of the game’s best characters.

Kaya is a hunter with her Spear, and Bow has excellent movement speed. But she lacks the major attacking power. That’s the main reason for keeping her in the A Tier.

The average tier, but still some of them are worth choosing. You can consider Azoth and Ember, keeping in mind the attack and the speed of the two.

Azoth and Wu Shang are both compelling characters, but they lack consistency in their attacks. With such deficiency, you cannot compete with other S Tiers or A Tier champs. Ragnir is also a good character, averagely. But as the game progresses, many characters have decent counters against him.

Barraza is a good character with Blasters and Axe. With a high defense, he can block most of the attacks, but his speed is the most problematic in the fights. He cannot compete with the players having high mobility. Diana is also a strong character with average points in all skill sets. In low ranks, she can be useful. But as you move higher in the game, you can get easily countered by the players. Brawlhalla Tier List is made so that the lower tiers can be identified and then avoided to pick.

Sidra and Ember are also powerful characters with good points in their attacks. The only problem in both of them is the lack of focusing power. As it’s said, “Jack of all trades, master of none“, both lacks to convert the game into a win.

Vector is a recently released character in the game. Even if he is new, he has left his marks on some of the remarkable fighting combos. He was in the A Brawlhalla Tier List for a long time, but as devs nerfed him, he now stands in the B Tier.

Rayman also has balanced stats, which keeps him in the same B Tier.

Lower tier because they are less effective in the fight, but you can select Xull because of her attack, followed by Thatch, Cross, Fait, Caspian, and Mirage.

The Brawlhalla tier list with their stats will help you choose the perfect legend for you, helping you make progress in the game. These characters are arranged upon the rating they achieved in the tournaments. The tier list may get updated because skilled players may use lower tier legends to excel in the game, resulting in forming a new tier list. 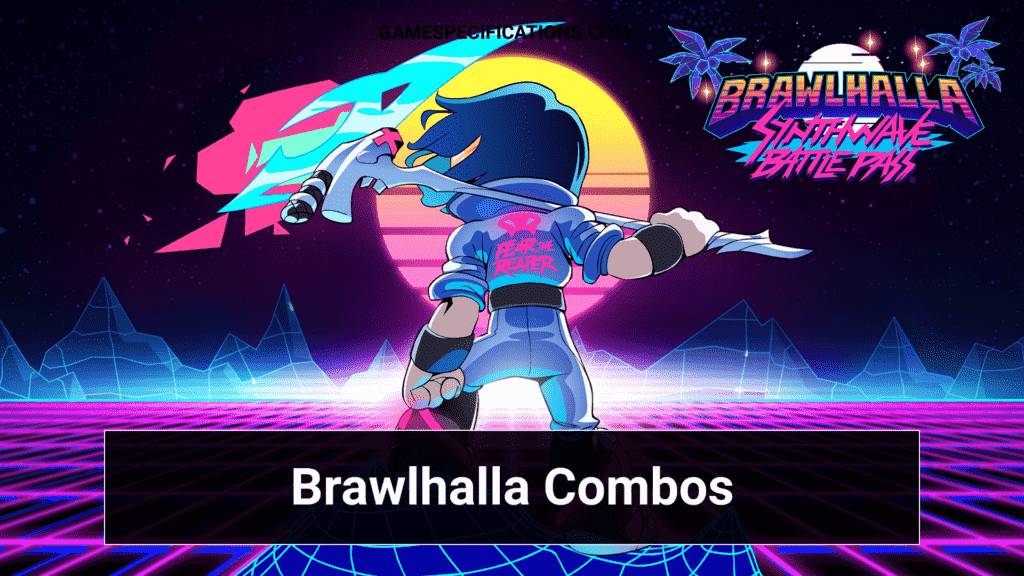