That being said, let’s jump right into the basics.

Bloodstained: Ritual of the Night or Bloodstained in short is a video game that was developed by an Indie Studio that is situated in Japan ed ArtPlay and is published by 505 Games. The game has a Metroidvania-style and is directed by Koji Igarashi under whom the game development was done.

Igarashi was the producer of the series Castlevania and he has said that Bloodstained: Ritual of the night is a Spiritual successor of the series.

The game was released on various platforms in June 2019 such as PlayStation 4, Xbox One, Nintendo Switch and Microsoft Windows. Later, the game was released for mobile devices of Android and iOS in December of 2020 and for Stadia in the year 2021 in the month of July more than two years after the game’s original release.

Now that we’ve gotten a better understanding of what the game is about, let us look into what Bloodstained Luck is.

What Is Bloodstained Luck?

Luck in the video game Bloodstained is a stat that is available to the players. There is not much of a description of Luck in the game. Nonetheless, we will be trying to find out what this is.

The stat also provides an increase in the chances of the player being able to get critical hits.

Luck influences the amount of the drop of Money and it also determines the rate of your critical hits ie. the number of critical hits you get while fighting an enemy. The item also provides a bonus to the drop of shards and loot items from enemies. Considering how heavily the game mechanics depend on drops in the game it is very important to get more drops as the more drops the better. Due to this reason, Luck is one of the most important stats that a player can use while playing the game.

Borrow a Book from Library that increases your luck and gives you better chances to get rarer items. Currently, there are only two books which grant you luck, “Fortune’s Tome” and “Godsend Tome”.

Many players define the Luck stat as a Global Win Modifier.

To understand how great of a stat Bloodstained Luck is, let us look at some examples.

Bloodstained Luck – What Does It Do?

If the torch normally would give you one gold with the use of the Luck stat it will provide you with 500 gold. Another example we can look at is Critical Hit. If you normally get 1 Critical Hit in 500 hits with the help of the Luck stat it will boost your chances of getting more critical hits and would result in you getting 1 critical hit every fifty hits.

Adding to this, if you are able to max out the augment hold and augment luck you will be able to get up to 2000 coins from the torches. With the stat, you will also be able to get more rare items.

Always remember, the higher the amount of luck you have, the better your loot drops will be, as Luck plays a very crucial aspect in the game.

One of the best ways to get the luck stat is to grab the Luck Book. This item gives a massive luck boost.

Luck makes your gameplay much easier. At around 100 Luck the critical hit rate is so good that you will wonder how you could have ever played without it. Just above 50 Luck you will be able to notice the considerable difference with and without Luck. As mentioned earlier  Luck primarily affects drops and critical hits and the difference in these two aspects past 50 Luck is very noticeable.

It is definitely a worthy reward or risky tradeoff if you can manage the general content.

What does luck do in Bloodstained?

Does luck increase the drop rate in Bloodstained?

Yes, Luck has a huge influence in the game Bloodstained and one of the things that the stat affects very much is the drop rates. Luck does increase the drop as the more Luck you have the better the drop rate will be. One will be able to notice the significant difference with and without Luck.

How much does luck increase the drop rate?

While there is no definite answer as to how much Luck Increases drop rates, it is known that Luck does increase drop rates. According to speculations, it should increase your drop by 0.3.

Was Bloodstained a success?

Bloodstained has sold over a million copies making the video game officially a success.

Bloodstained Luck is a stat that is available in the hit video game Bloodstained: Ritual of the Night. There seems to be a lot of confusion regarding this topic and that confusion is what this article has attempted at alleviating. Everything that you will need to know regarding Bloodstained Luck has been mentioned in this article such as what the stat is about and what it does even stating examples to give you a clear idea of what the topic is.

Bloodstained Ritual of the Night Demon 44

How to Find and Use Bloodstained Dragon’s Wrath? 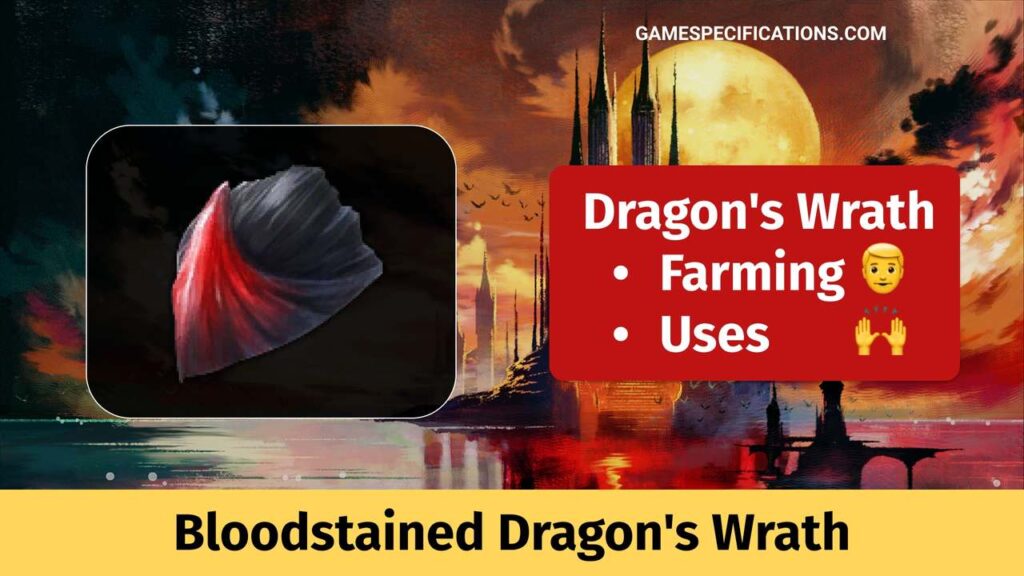