Valheim is becoming more and more popular due to its increasing ability to create interesting items. As you have the freedom to build houses, boats, towers, lifts, and other items, the players often build some of the best architectural masterpieces. With infinite possibilities for creation, you can play with your friends and help each other to build certain items in the game.

There are 3 types of Valheim boats, namely, Raft, Longship, and Karve. The main purpose of these boats is to provide a medium for travel in water. As the free world has thick forests, it also has huge oceans. With a good boat, you can set your voyage to minimal risk and access the unreachable parts of the map. In this post, we’ll have a look at the recipes for these boats.

What are the Valheim Boats?

In the Valheim game, boats are utilized for the player for sailing purposes and exploring the world of gameplay. This game provides players a vast world that has many islands to be explored. But for exploring those islands, it is required for the player to have a boat with themselves.

In the game, there is currently three variants of Valheim Boats which has some better feature than other with their speed, durability, and seating for the players. The Raft, the Karve, and the Longship are typed of boats available in the game.

These boats you can sail with the wind or against it. Each of the boat types has a different effect on the wind.

The requirement for crafting a Valheim Boat

The player should have a workbench readily available nearby and have a hammer a toolbar to craft the Valheim Boat. After selecting the Hammer, the player should enter the Miscellaneous and choose the Raft, the Longship, and a Karve.

How to Craft a Valheim Raft Boats

The Raft boat in the Valheim is the first boat that a player will develop, and it is the weakest boat among all the other boats. The player should have the following materials with them to build the raft Valheim Boat in the gameplay. The Raft is very simple and can quickly get. This boat is the slowest compared to other boats to travel in the water. This boat works on wind power.

How to Craft a Valheim Karve Boats

Karve is the next upgraded boat in this game. It is a mini version of the longships that are best for adventure purposes and exploring the world by traveling in waters. This boat features a small storage area with a small room to store few items for the player, which they find heavy to carry with themselves (Using Vessels).

The player can sail the oceans with this boat and explore the Valheim map. It is more robust, faster, and more durable than the raft boat. This boat is sleek in design, and multiple players can be carried in this boat and sail in the ocean. The requirements that a player needs to build this boat are as follows:

How to Craft a Valheim Longship Boats

The Longship boat is the best transportation in the Valheim available for the player to sail around the ocean. This boat is crafted after the player receives Iron because this boat requires iron nails to get built. As the name suggests, it is the longest boat in the game, and also, it is the fastest Valheim Boat.

This boat’s fantastic feature is its storage; it is simulated to the enormous storage amount like a huge for transporting the materials such as the metals and ores. Below is the recipe that a player has to follow to build up the Longship boat, and they are as follows:

How to Use the Valheim Boats

After building the Valheim Boat, a player must sail on the ship and move around the oceans and explore the islands.

During the interaction with the ruder, one can change the boat’s direction using the “A” and “D” buttons of the keyboard.

If a player gets out of the boat by chance, they can interact with the Valheim Boat again or climb the boat using its ladder.

Moreover, keep an eye on the wind on the right side of your screen. The wind direction and speed highly influence your boat’s movement.

During sailing and enjoying the ride on the Valheim Boat, a player will notify two icons on the mini-map. The one icon will mark the ship sailing mode, and the second icon will observe and provide information about the direction of the wind.

For a player, it isn’t effortless to sail against the wind’s direction. The player should sail in a zig-zag manner and flip their sails each time they change their path, and it is the best strategy suggested for the player to follow.

The following vital point should be noted that a player cannot repair their boat when damaged unless they are near the workbench, so when a player is out of the sea, they should be cautious with threatening Serpents of the gameplay.

The enormous waves caused by storms make it harder for the player to sail, especially while on the smaller boats, so the player has to select their Valheim Boat very carefully. Moreover, make use of the Vessels from the ship to carry maximum items.

How to Build a Valheim Boat Dock

In the game, there is no option for the player to anchor their boat appropriately. But the player can build a dock to stop the Valheim Boat from drifting apart. For developing the boat dock, the player should make sure that they have lots of wood with them before setting a port.

For creating a building dock, a player should place the wall tiles inside the water along with the wooden floor tiles above the T-shape design. The player should keep wooden stairs at the edge of the water and reach the dock’s end by adding more wood walls and making it a perfect dock for halting the boat.

The requirements for building a boat dock are as follows:

How to Repair Boat

While playing the game, the boat will get damaged, so the player has to fix it. Fixing the boat is similar to repair the buildings and items with tools. Also, a workbench is required to repair the Valheim Boat, and it should be accessible to the dock quickly. For fixing the boat, a player has to equip with their hammer. Then right-click on the mouse for getting into the build menu. After entering, the player should point the cursor on the boat. Finally, left-click, and the player is fully ready to face the solid waves and fight with the storms in the ocean of Valheim. 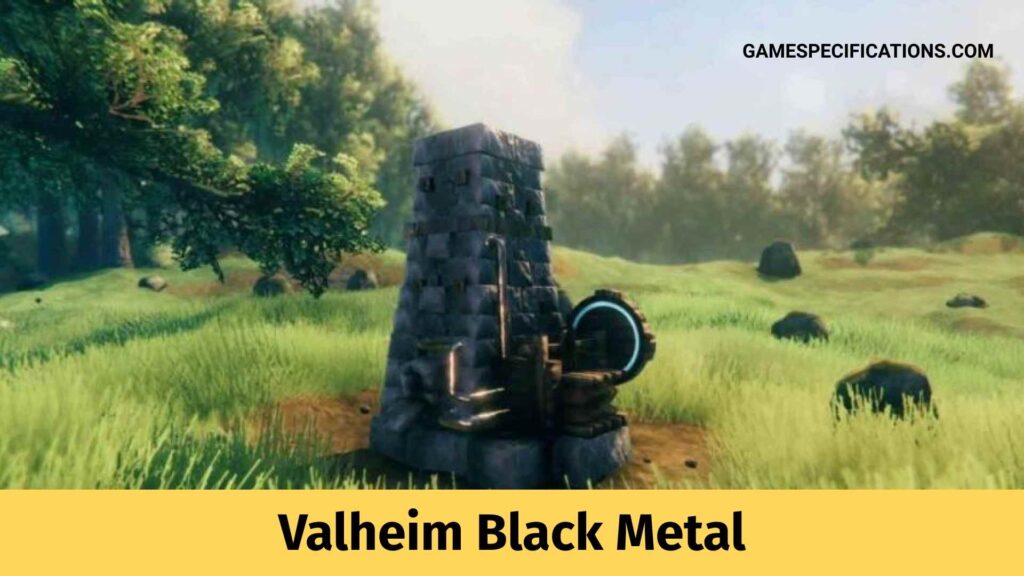