Overcooked VS Overcooked 2 is a comparison between the two video games – Overcooked and its sequel, Overcooked 2. Many compare the two games in an attempt to understand which game is better. So, is one of these games better than the other? This is what this article will try to answer by comparing the games Overcooked and Overcooked 2.

It is not possible to compare these two games without first learning and understanding these games. Let’s do that first. That being said, let’s dive into Overcooked vs Overcooked 2.

Overcooked or commonly called Overcooked! In a stylized manner is a cooking simulation video game. The game was published by Team17. However, it was developed by Ghost Town Games. The video game was released in 2016 and is a Couch Co-Op.

In the game, the players will have to control numerous chefs inside a kitchen filled with various hazards and obstacles. The players have to control their respective chefs and prepare specific orders or meals within a time limit.

The game was released for PC, Xbox One, and PlayStation 4 in August 2016, and the Nintendo Switch version was made available almost a year later in July of 2017. The game received mass critical acclaim as both critics and players provided the game with a lot of positive reviews. The game was nominated at the 13th edition of the British Academy Games Awards for four categories, eventually winning two of them.

Overcooked 2 also written as Overcooked! 2 in a stylized manner is the sequel to the hit Team17 game Overcooked! Just like its predecessor, the game is also a cooking simulation. The game, this time, was co-developed by Team17 and Ghost Town Games. Overcooked! 2 was also published by Team17.

The game was released for PC, Xbox One, PlayStation 4, and Nintendo Switch in 2018 on August 7th.

The game can be played with up to 4 players, and just like the previous game, Overcooked 2 also has the players cooking in unconventional kitchens. The players will have to race against time in order to prepare meals as they overcome obstacles such as collapsing floors, fire, overbearing waiters, etcetera.

This game’s biggest advantage over its predecessor is that it allows online play.

Overcooked: All You Can Eat

The bundle was released for both PlayStation 5 and Xbox Series X as launch titles in November of 2020.

Overcooked Vs Overcooked 2 – Which Should You Buy?

Before buying Overcooked or Overcooked 2, many people do a quick Overcooked vs Overcooked 2 to figure out which game is better. This section will answer that question. Before we go further, however, it needs to be made clear that both Overcooked and Overcooked 2 are incredibly fun games that would provide you with hours of fun gaming experience. However, one aspect provides an extra edge for one of these games.

Overcooked 2 has online play, unlike the first overcooked game.

The first game only has couch co-op, meaning the players will have to be in the same room connected to the same system. Overcooked 2 provides the ability to play the game with your friends over the internet no matter where they are, as long as they have the game and an internet connection.

Another fun aspect of Overcooked 2, which many players enjoyed that wasn’t there in the previous game, was the ability to throw ingredients.

Many players who have played both games have suggested that the first game is more difficult. Don’t let it scare you, as the game does a very good job at easing the players into the game. Overcooked 2 has a more generous system as the game is more generous in giving bonus points. Along with that, it is also easier to get the full stars in the second game when compared to the first.

Overcooked 2 has more levels, features, and contents and is longer compared to Overcooked.

Overcooked and Overcooked 2 are incredibly fun games; the only difference that could provide an edge to Overcooked 2 is the availability of Online play, unlike Overcooked, which only has the local co-op feature. Overcooked 2 also is longer and has more features and contents. Ultimately it is dependent on what the player prefers to have.

Is Overcooked 1 or 2 harder?

In terms of difficulty, Overcooked 1 is definitely more difficult. Overcooked 2 is more generous with providing bonus points. It is also easier to get the full three stars in overcooked 2 compared to 1.

Can you play Overcooked 2 alone?

While Overcooked 2 is more fun to play with your friends, and the game stresses it, Team 17 has implemented a system that makes it possible to play Overcooked 2 all alone and complete the game solo.

Overcooked vs Overcooked 2 was a comparison of the first and second games of the Team17 franchise Overcooked. These cooking sims are incredibly fun, making many people ask which is the better game to decide which to buy. This article covered everything you need to know about Overcooked and Overcooked 2. We have also discussed what could give one game the edge over the other. Ultimately the choice to decide which game is better is yours.

Hopefully, this article has been insightful and has cleared all the doubts regarding the topic of Overcooked vs Overcooked 2 and has given clarity on the topic so you can come to your own conclusions!

Ghost Recon Wildlands vs Breakpoint: Who Is The Best? 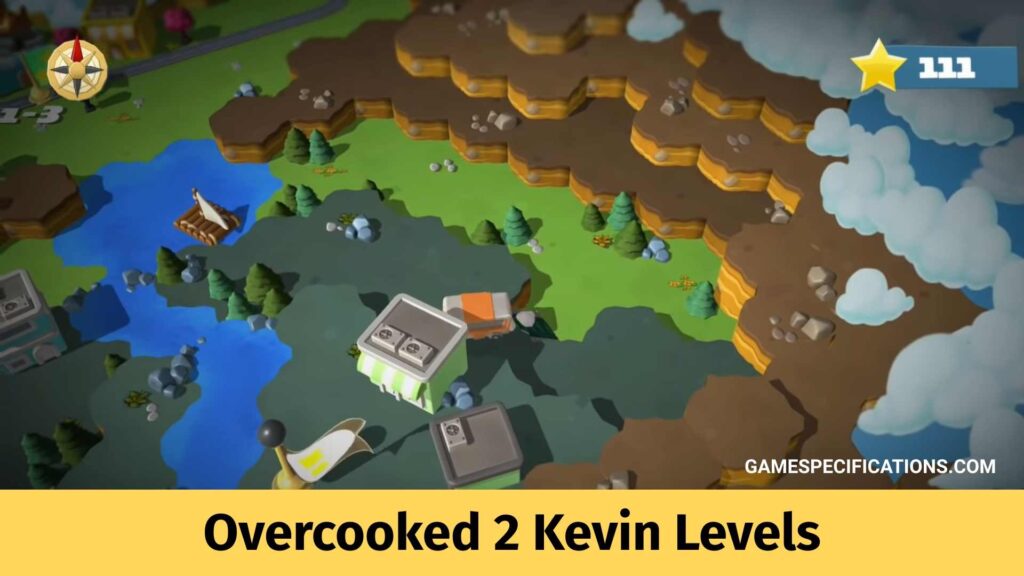