What are the Assassin’s Creed Odyssey Obsidian Islands?

The Obsidian Islands is a name that is used to refer to the group of Greek islands, which consists of Hydrea and Melos, located in the Aegean Sea. The name has been arising from the islands’ volcanic activity and the obsidian glass that has been produced, and it has become the islands’ leading export.

The Assassin’s Creed Odyssey Obsidian Island was sometimes known as ‘Playground of Ares,’ and it was because of its violent and explosive nature of the volcanic islands, thought to be akin to the Greek god of war’s personality Ares. During the Peloponnesian War, these islands were under the self-proclaimed protection of Sokos, a member of the Gods in the Aegean Sea and a branch of the Cult of Kosmos.

Where are the Assassin’s Creed Odyssey Obsidian Islands?

Now, players, we will look at the second section of the game. The Assassin’s Creed Odyssey Obsidian Island are among the many locations they will enjoy and explore throughout the game. In this following area, the players will find a person, and the name of this person is Roxana. Roxana needs some help to get trained for the Battle of the Hundred hands. The players’ role is to complete a level of series of tasks to finish in this game’s quest.

So, let us begin and gain some knowledge on the Quests in detail of this gameplay.

Sparring with Roxana is one of the quests in the Battle of 100 Hands questline in the Assassin’s Creed Odyssey game. First, the player should head towards the island of Hydrea and look for an exclamation point that is located in the Hydrea Apple Farm. Then they should look for Roxana, a young, black woman carrying with a shield on her back and will be training in the middle of a neglected yard. The quest will begin will being very quickly as the player will approach her.

Roxana will punch the man out and will start to have a conversation. She describes the story of Battle of 100 Hands and the reason why it’s so important to her, and why she must win. So, she seeks the player to help her by sparring with her. It is a very fair and straightforward Battle. Roxana is a level 20 character in the game, but she’s not very strong. But it’s still essential to dodge her attacks, rack up with the hits as much as possible, and use skills such as the Shield Breaker to break her shield and the Hero Strike to land high-damage attacks.

Archery Practice is the second quest in the Battle of 100 Hands questline in the Assassin’s Creed Odyssey Obsidian Island. After defeating Roxana in Sparring with Roxana quest, She will ask the player to go with her and use the wild wolves that escaped during a shipwreck known as the “target practice.” After the conversation is completed, the training session will begin.

The role is to Kill eight wolves with your bow. The player will be at a safe distance to shoot them without doing damage. The player should not try to use their sword. Then after this, the wolves will be defeated and speak with Roxana. It is a fantastic opportunity to begin romancing her, but there’s one more training session in the game to be done by the gameplay player.

Foot Race is the third quest in the Battle of 100 Hands questline in Assassin’s Creed Odyssey Obsidian Island. The next step after defeating all of the wolves in the Archery Practice, this quest will begin immediately, and it is the final training session with Roxana. But This time, Roxana wants the player to race along with her to a nice spot on Hydrea. It is an easy task with a guided mode switched on.

If the player is playing without it, they will have to run to the highest point of the island to a prominent rocky lookout with a waterfall, and that is in the direction where the race starts. After completing this conversation, the race will begin. The player should Sprint straight to the first ramp and up. They should jump through the tree to the next building. From one building, jump to the next building, then onto two poles that lead to the construction site.

Once when you are at the construction site, the player should keep running straight. Then jump on the bar, and run up the next ramp and go to another straw roof. They should continue running across that roof, to a pole, and then move on another roof. From here, the player should climb up at the wooden rack and to the other top. The player should jump across the gap to a ramp that runs into the cliff from this last roof.

Then from here, they should run to the edge of the cliff near a small picnic, and finally, the race is complete. The next conversation with Roxana begins. The player will spend a pleasant evening watching the sunset with Roxana and talking about the Battle of 100 Hands. It is the last chance to romance Roxana by selecting “It’ll do” in the gameplay.

The Call to Arms mission begins immediately after completing Fire Support. This quest is one of the parts of the Brotherhood of Steel missions in the gameplay. The next step after talking to agreeing to help Paladin Dense, the player should follow him outside the Cambridge Police Station and continue following him as he leads to the next destination.

As the player head there, they will first encounter a group of Raiders attacking a caravan. You should Help them out, then pass through a group of Mongrels. After taking them all down, the players should make it to the ArcJet Systems building.

Further, Head inside and follow Danse. To progress through the mission, the players have to listen and talk to Danse whenever the marker appears above the gameplay’s character. Here is a terminal with information on the company in the second room when the player will enter. The player has to go through the downstairs and look for a room with a locked door. Then the player should open it using the terminal opposite of the door. Once it is opened, a group of Synths will appear on the other side of the screen, so players should get ready for a fight.

If the player doesn’t have any energy-based Weapons, they can grab one from a dead Synth and use it. After clearing with all the enemies, the player should continue following Danse as they head further down into the building. When the player reads the terminal, there will be turrets installed in the lower levels, and it will fire at anyone without an employee badge. Be ready to take them down. And do not forget to grab the Tesla Science magazine in the room before the Turrets.

Next, Keep heading further down until a player reaches the engine room. Since the power is out, they will not match the higher area in the room. The player shall drop down to the bottom floor and head through the hallway. The player shall use the terminal to bring power back to the room.

It will, unfortunately, summon a hoard of Synths, and to take down over a dozen of these robotic enemies, the player will have two options with them. They can always fight them like they would another group of enemies. The players should indeed have to avoid it, and it is standing in the hallway as there is a gas canister because it will explode on impact; otherwise, they can hit the engine button and give a good roast. So, it’s the player’s wish!

After all the Synths have been destroyed, the player should head up the elevator and into Synths’ last room. They should Destroy them all and then search with each body until they find Deep Range Transmitter. Finally, Follow Danse outside and speak with him and conclude the “calls to arm” mission in Assassin’s Creed Odyssey Obsidian Island.

The Greate Contende is the second mission of a small questline to complete one request of the Kings of Sparta. Now the Testikles can’t compete in the games, and it’s up to the player’s character to take their place. The player should stay in Elis and look for the Pankration Organizer and head towards Olympus.

Moving from the Sanctuary of Olympia, the players should follow the path through the temple in Assassin’s Creed Odyssey Obsidian Island. They have to call Ikaros to mark the target when prompted in the game. They should head down to the left way until coming to the man in a robe in front of a playing field, and it is the Stadium. Players have to Speak with the man; they have to choose either to tell him the truth or lie. The players need to participate in the games by selecting from “Let’s go.”

The following two fights in it are unarmed and do not allow for abilities to be used. But you have still dodged, and parrying is available. When opponents glow red, escape out of the way, and create an opening parry their attacks. At times the dodges will become slow time. If a player wishes for more combat tips, they should head towards the Tips and Tricks page. When the two fights are completed, a few cutscenes will play. Alkibiades seems ill as he’s congratulating the victories, and the other member of the Cult of Kosmos will get identified. After these scenes, the mission will conclude.

Thus, we have reached the end of this journey, and we have seen in detail about the Assassin’s Creed Odyssey Obsidian Island, and along with that, we came to know about the various quests in the gameplay. 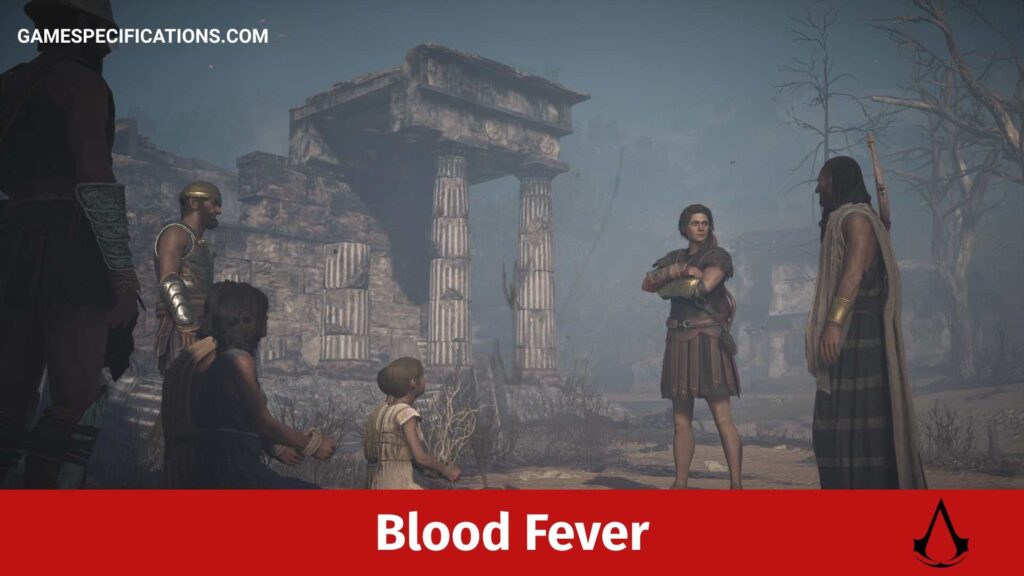